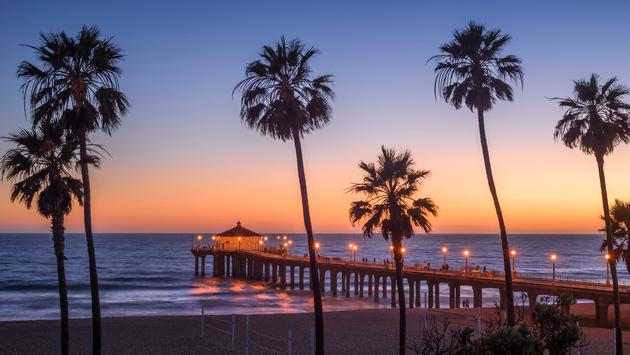 California is the most populous state in the entire U.S. 1 in every 8 United States residents live in California, and it’s no question why. Filled with 9 national parks, DisneyLand, the Golden Gate Bridge, and Coachella, the Golden State has plenty of sites to see. It’s known by many names such as The Land of Milk and Honey, The El Dorado State, The Golden State, and The Grape State. Many may also be surprised to find out that there are more turkeys raised in California than in any other state in the United States.

California is probably one of the most well-known states in the U.S, but where did the name come from? California was first discovered by Europeans in 1542 by a Spanish sailing expedition led by Portuguese captain Juan Rodríguez Cabrillo. The name “California” derives from a 16th Century romance novel written by a Spanish author named Garcia Ordonez de Montalvo. The novel described an island full of gold, which was ruled by strong and beautiful black women. It was ruled by Queen Calafia This island was also populated by griffins which the women kept as pets. Any man who found his way onto this island was killed and fed to the griffins. The name of the mythical island was California. The Spanish explorers believed that Baja California was an island and they were looking for a mythical land of riches and applied the name. It is believed that Montalvo got the term from the Arabic words “Khalif” or “Khalifa”.

Avocado Capital of the World

“The Friendly Village” of Fallbrook is very well known for their avocado groves and claims. Although avocados are native to Mexico, Fallbrook still claims the unofficial title of the Avocado Capital of the World. The Avocado Festival is held in the downtown strip annually and frequently draws large crowds. Avocado based contests entertain guests such as the Little Miss & Little Mister Avocado pageant, the best dressed avocado contest, and the Avo 500 Race.

Typically, when people think of fortune cookies they think of Chinese or other Asian foods, but did you know that the fortune cookie was invented in California? There are a few competing claims on the origin of the modern fortune cookie but the one thing they all have in common is that they were invented in California. The first claim is that Japanese immigrant, Makoto Hagiwara, invented the fortune cookie in San Francisco. Hagiwara made a cookie and placed a thank you note inside for his friends. He began to serve them regularly at the Japanese Tea Garden. Another claim is that they were created by Chinese immigrant David Jung. He founded the Hong Kong Noodle Company while living in Los Angeles and invented the cookie in 1918. He would place bible verses in the cookies and pass them out. Another is that a worker in San Francisco’s Kay Heong Noodle Factory invented a plain flat cookie in the 1930s which had a hand-written prediction or piece of Chinese wisdom on it. It is usually considered that Hagiwara has the best claim.

You have probably heard of Napa Valley, the famous Californian wine region. But, there are plenty of other Californian vineyards to see and explore in California as Napa Valley only produces about 4% of the total amount of wine. In total, there are 480,000 acres of vineyards, and the Golden State produces about 90% of all American wine production. No matter where you venture in the great state of California, you’re sure to find good wine.