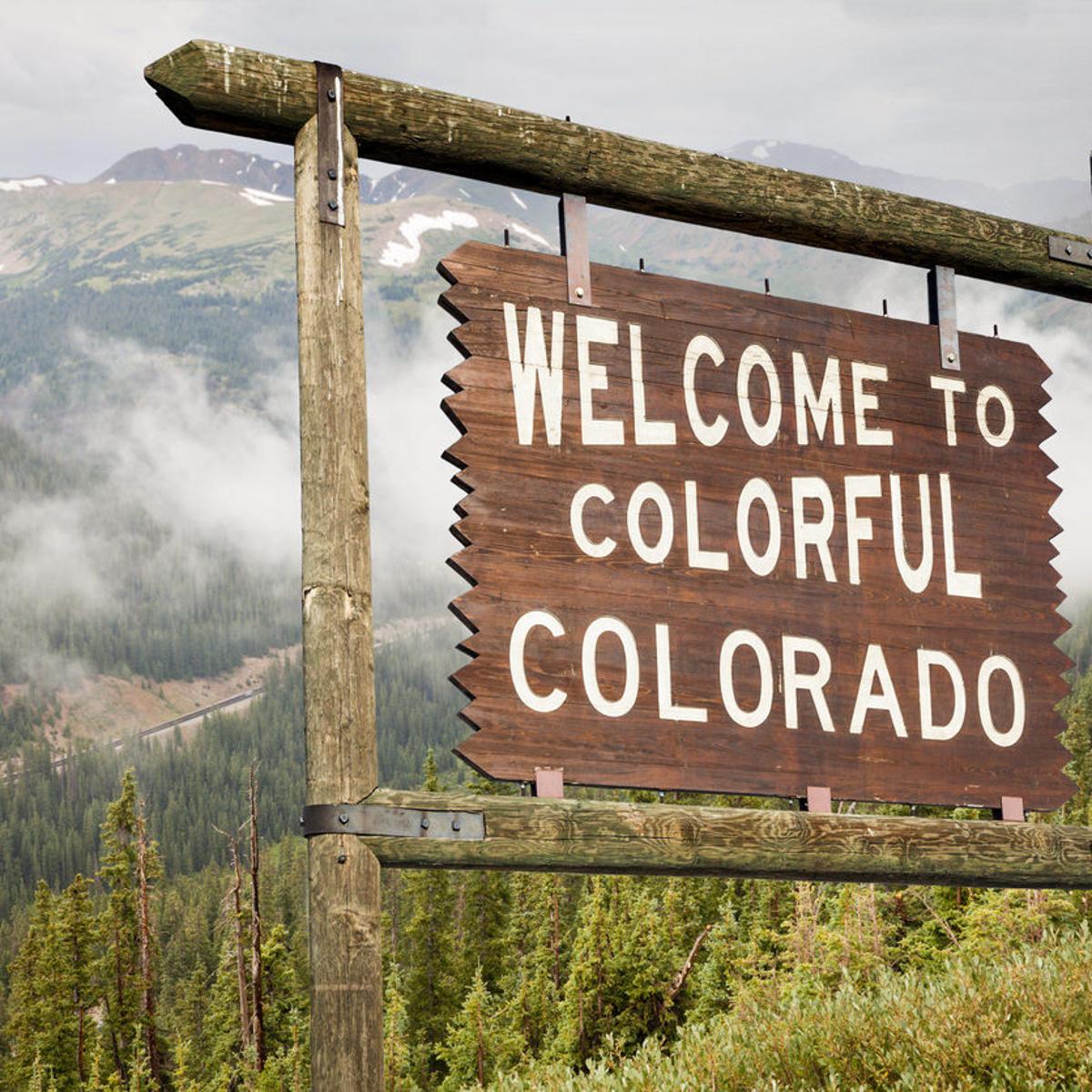 One of the first states to legalize the recreational use of marijuana, Colorado is known for being ahead of the curve in a lot of political issues in the United States. They even legalized the medical use of magic mushrooms in the capital city of Denver! You’ll also find the longest continuous commercial street in America in Denver, Colfax Avenue, clocking in at 26.5 miles long.

The Stanley Hotel is a 142-room Colonial Revival hotel in Estes Park, Colorado. Only about five miles from the entrance to Rocky Mountain National Park, the Stanley offers panoramic views of Lake Estes, the Rockies, and Long’s Peak. The Stanley Hotel served as the inspiration for the Overlook Hotel in Stephen King’s 1977 bestselling novel The Shining and as the filming location for the 1997 TV miniseries, also written by King. Today, the hotel features a restaurant, spa, and bed-and-breakfast, and provides guided tours.

This two-block long pool is the world’s largest natural hot springs pool. Glenwood Springs is across the street from the historic Hotel Colorado, which was a favorite stop of former president, Teddy Roosevelt. Sitting amongst the rugged Rocky Mountains and surrounded by the vast White River National Forest. Glenwood Canyon is rich with wildlife and features Hanging Lake, with its striking turquoise waters. Glenwood Caverns are ancient underground caves. Glenwood Caverns Adventure Park has roller coasters and canyon swings overlooking the Colorado River.

It’s not just the legal weed that keeps everybody in Denver high. Due to the high altitude and air quality, people have noticed that it’s easier to get drunk! Alcoholic drinks can sometimes feel 1.5 to 3 times more potent in the Mile High City. Also due to the rarified air, golf balls go about 10% farther than they would at sea level.

Parts of the Colorado State Capitol building are made up of a very unique material that is found nowhere else in the world. In 1893 in the town of Beulah, Colorado, an incredibly rare deposit a marble-like stone was discovered. It’s called Colorado Rose Onyx but is commonly referred to as Beulah Red Marble. It took six years, from 1894 to 1900, to cut, polish and install the marble. All of the Beulah Red Marble in the world went into the Capitol. It cannot be replaced, at any price. There is a small deposit left in case any repairs are needed.