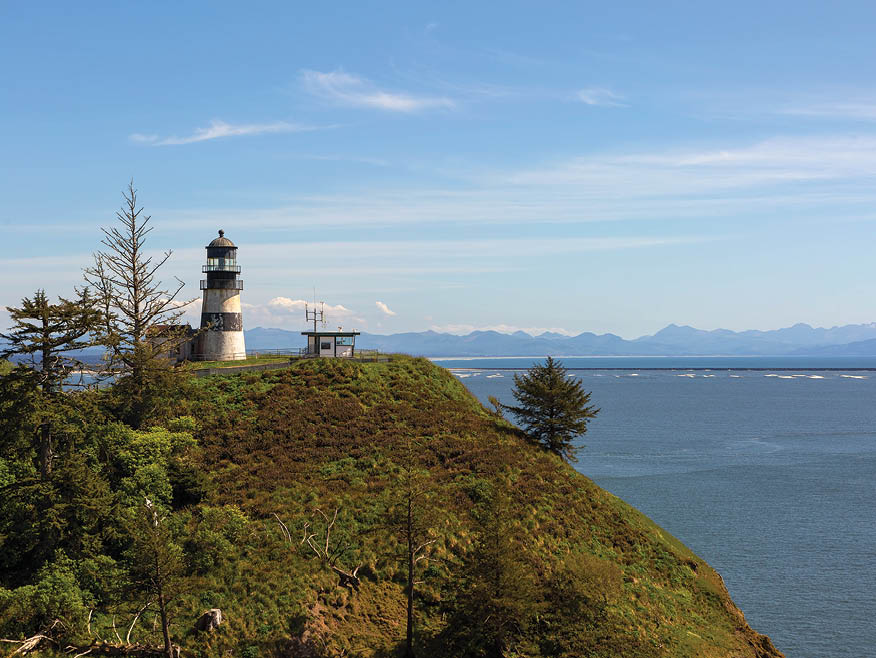 From volcanoes and rainforests to wineries and ferries, Washington has a wealth of assets that make the state one of the Pacific Northwest’s best vacation spots. As seen in Grey’s Anatomy, Seattle has the first revolving restaurant in the world, Sky City at the Space Needle. It is also the only state named after a former US President. During your next trip to this beautiful state, remember not to get caught riding an ugly horse in the city of Wilbur, because it’s illegal.

Slow down, unplug, and enjoy all the Washington coast has to offer. The Long Beach Peninsula offers visitors an abundance of ultra-fresh seafood, an endless beach (it’s the longest continuous beach in the US!), northwest rain forests, and unique places to stay. Grab some ice cream and stroll along the popular Long Beach Boardwalk that stretches for almost half a mile along the beach. With panoramic views of the Washington coast and glimpses of the North Head Lighthouse in the distance, this boardwalk offers dreamy views.

Aberdeen, Washington has had a very colorful history. It was founded in 1884 by Samuel Benn and incorporated in 1890. The first sawmill was opened in 1894 which became its main industry. By 1900, it was considered the roughest town west of the Mississippi. Aberdeen had become home to many saloons, whorehouses and gambling establishments. It was also known for its extreme violence and drug use. Aberdeen was nicknamed “The Hellhole of the Pacific”, as well as “The Port of Missing Men” due to its high murder rate. One of the more well-known residents during this time was Billy Gohl. He was known as Billy “Ghoul” and was rumored to have killed at least 140 men. The city remained off-limits to military personnel until the early 1980s. Nowadays, it’s best known as the birthplace of Nirvana front man Kurt Cobain.

Even casual beer drinkers know the most important element of a good beer is good hops. Hops are used primarily as a bittering, flavoring, and stability agent in beer. Hops create that lovely floral, fruity, or citrus flavors you’ll find in your favorite beer. Little do many know that over 77% of the hops used in the U.S. are grown in Washington’s very own Yakima Valley. With over 300 days of sun, Yakima Valley is the perfect place for hops to grown and flourish.

In 1996, a great discovery was made near Kennewick, Washington. Will Thomas and David Deacy found a skull while wading in the Columbia River. After local authorities determined that it was an old skull, they contacted archaeologist James Chatters. After more visits to the site, they uncovered an almost complete skeleton. At first Chatters believed it to possibly belong to a pioneer but after sending a bone fragment to be carbon dated it was discovered that the remains were around 9,000 years old. Making it one of the most complete ancient skeletons to ever be found in America. He became known as Kennewick Man. A legal battle between scientists, the U.S Army Corps of Engineers and Native Americans who claimed ownership over the remains lasted for well over a decade. Eventually DNA testing was done on the skeleton and he was found to have the most genetic similarity among living peoples to Native Americans, including those in the Columbia River region where the skeleton was found. In 2016 legislation was passed to return the ancient bones to a coalition of Columbia Basin tribes for reburial according to their traditions. The Ancient One, as they referred to him, was reburied in February 2017.