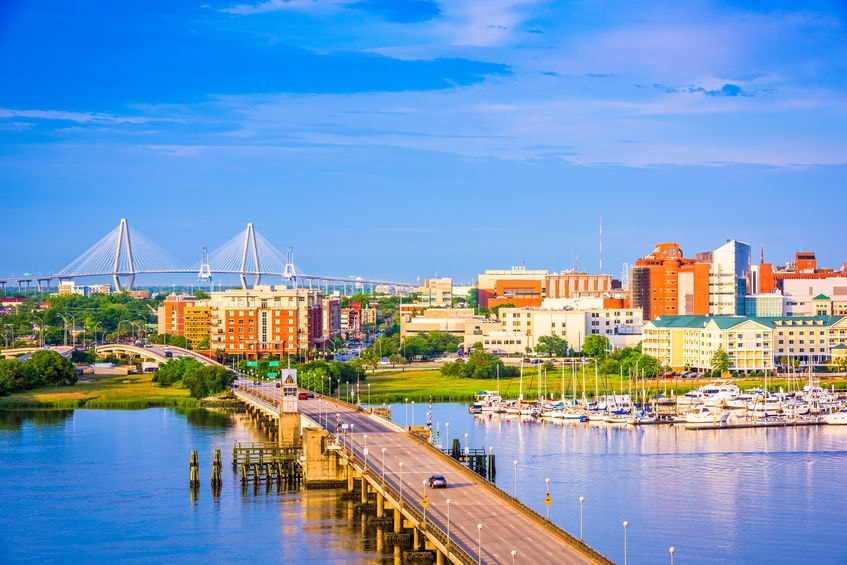 One of the original 13 colonies, South Carolina boasts many historic and picturesque sites for the entire family. Known as the home of the first golf club in the United States, South Carolina has various aspects that keep it unique. Some funky laws in this state include:

In addition to these weird laws, there are many things that make this state far from ordinary.

While Texas is more commonly known for Live Oak Trees, South Carolina actually hosts one of the nation’s largest. Known as the “Angel Oak Tree”, it can be found on John’s Island, which is just south of Charleston. Shading an area of 17,000 square feet with its enormous limbs, this Live Oak Tree is considered to be over 500 years old and is one of the oldest living things east of the Mississippi. According to legend, ghosts of former slaves appear as angels around the tree.

The legendary Hell Hole Swamp sits in the great state of South Carolina. While it might not sound like the ideal location for a fun festival, The Hell Hole Swamp Festival takes place during the first weekend in May at Jamestown. Like any other Southern festival, it comes complete with a tobacco spitting contest, arm wrestling, beauty contests, and much more. One unique event of the festival is the Hell Hole Gator Trot 10k, colloquially called the Redneck Run. It began in 1976 and is one of the oldest road races in South Carolina.

Hilton Head, an island off the coast of South Carolina, attracts over 2 million tourists every year. The island is named for Captain William Hilton who discovered it in 1663. Hilton Head Island is considered America’s favorite island, offering 12 miles of pristine beaches and everything you need for the ultimate retreat. Enjoy easy days relaxing in the sun, sand, and surf on some of the best beaches in the country.

Off the coast of South Carolina there is a small Island called Morgan Island. However, it is better known as Monkey Island as it is home to over 4,000 rhesus monkeys. So, how did South Carolina become home to thousands of these monkeys? There was once a research colony of rhesus monkeys in La Parguera, Puerto Rico but they became overpopulated and a nuisance and was going to be shut down. So, in 1979 South Carolina stepped in and offered the uninhabited Morgan Island and the 1,400 monkeys were relocated. The island is owned and operated by South Carolina Department of Natural Resources and the monkeys are protected by federal law. Visitors are not allowed on the island but boat rides are offered to view the monkeys from afar.