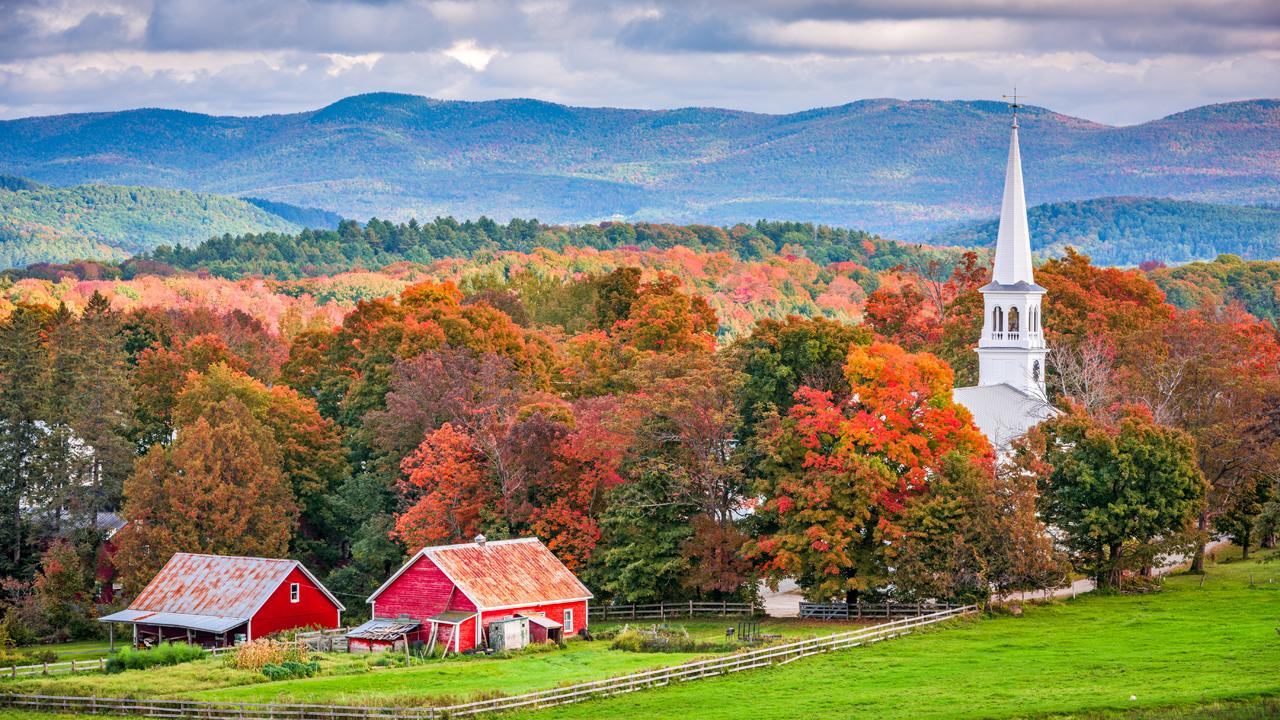 The only state that exists with a singular area code (802), Vermont is small but full of fun. Being the first state to enter the United States after the original 13 colonies, even our historians saw the value in the state of Vermont. Being one of the only four states in the U.S. that have banned billboard advertising, this state has many sites to see. It also has about one cow for every 3.8 people, which is the nation’s highest ratio of cows to people.

Vermont is the nation’s leading producer of maple syrup. Producing nearly 2 million gallons of syrup in 2017, Vermont generates 47 percent of the country’s maple syrup. While it might be made by a very simple process, it takes about 40 years for a sugar maple to grow large enough—at least 10 inches in diameter—to tap. Then it takes some 40 gallons of sap to produce a single gallon of syrup. So grab yourself some maple syrup or maple nut goodies while traveling through this state, you won’t regret it.

Vermont is home to the world-famous ice-cream brand Ben & Jerry’s, known for such flavors as Chunkey Monkey and Cherry Garcia. Childhood friends form New York, Ben Cohen and Jerry Greenfield were trying to figure out what to do with their lives. So, they opted to take a $5 ice-cream making course via correspondence. Then in 1978, with a $12,000 investment they opened their first shop in a renovated gas station in Burlington, Vermont. One year later they celebrated their first anniversary with Free Cone Day, which became an annual event. In 1980, they began to sell pints to local grocers. During 1980s and 1990s, the company saw tremendous growth. The company not only became known for their ice-cream but also for their social and political stances as well as for their work in the community. In 2000, the company was sold with the unique clause that they continue their social mission, brand integrity and product quality. Over the years they have had hundreds of flavors and put out special edition ones every year. You can find Ben & Jerry’s ice-cream at every store the world over.

Burton Snowboards is a manufacturer of snowboards, founded by Jake Burton Carpenter in 1977. It’s one of the top companies in the United States for snowboards, bindings, boots, and apparel. The company’s flagship store can be found in Burlington, Vermont. The company was privately owned by Burton and his wife, Donna Carpenter, who has been active in the business since 1983. In addition to being home to the biggest snowboard company in the U.S., Vermont boasts numerous ski resorts for snowboarders to enjoy, such as Stratton Mountain Resort, Stowe Mountain Resort, and Killington Mountain Resort.

While Lake Champlain isn’t as large as the Great Lakes of Michigan, this very large lake hosts a legend all of its own. Lake Champlain, which is primarily in Vermont with parts in New York and Quebec, has Champy, the legendary monster of the area. Said to be friendly, this lake monster hs anywhere between 20 to 80 feet long and has a head like either a snake or a dog. The most famous photo of him was taken back in 1977.

Before Vermont became the 14th state, it spent 14 years as its own country. It started with land disputes between New Hampshire and New York about who owned the land. For a time, the area was called the New Hampshire Grants. By the 1770s, Ethan Allen’s militia called the Green Mountain Boys would attack rent collectors and government officials to stop New York to from exerting control. After the start of the American Revolution, the people of Vermont declared their independence in 1777 from both Great Britain and New York. They called their new country New Connecticut. They later changed their name to Vermont, which was French for green mountains in honor of the militia. They even created their own constitution which was the first in North America to abolish slavery. Vermont also minted their own money and ran their own postal service. They had hoped that this might lead to statehood but the Continental Congress refused to recognize them as separate from New York. The small country of Vermont remained independent throughout the Revolution and even thought about joining Canada. Then in 1791, they were admitted into the union but they had to pay New York $30,000 for its lost land.