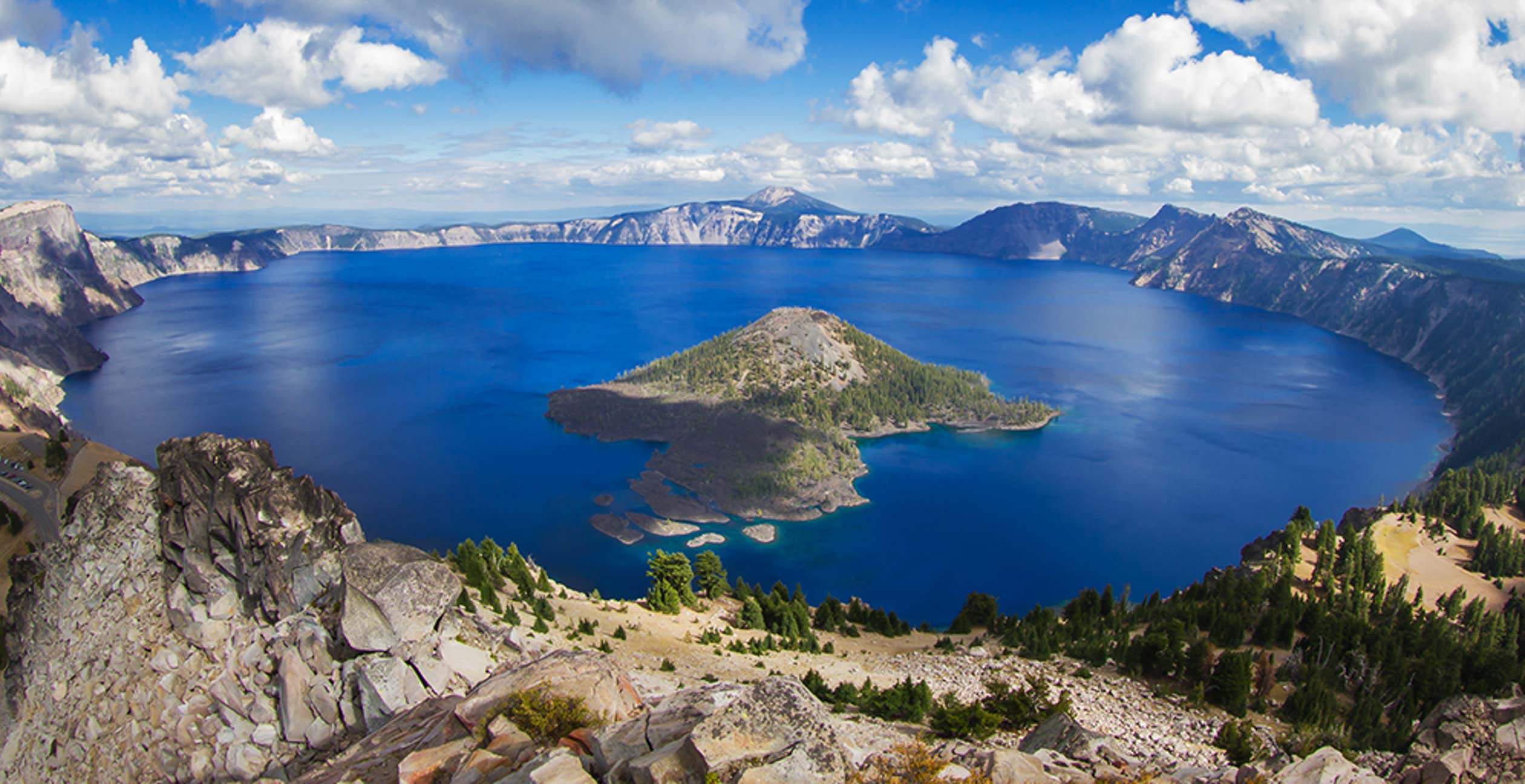 The only state that has a different design on each side of the state flag, Oregon is full of oddities and interesting things to explore. It is also the only state that has a state nut, the hazelnut, and this is because this state is responsible for 99 percent of the entire U.S. commercial crop. Surprisingly, Oregon is also where Nike came to fruition, as the Nike “swoosh” logo was designed by Portland State University student Carolyn Davidson in 1971.

With a slogan like “Keep Portland Weird”, Portland very well may be one of the weirdest cities in the United States. Featuring the most breweries than any other city in the world, Portland has over 60 breweries within its city limits. Portland also hosts a fantastic beer festival, featuring breweries from all over the world each summer. Once you’re done exploring all the breweries Portland has to offer, you might find yourself at a strip club! This is because this fun weird city has more strip clubs per capita than any other city in the country. Be sure to stop by the smallest park in the world on your hangover day, Mill Ends Park. It is a tiny urban park located in the median strip of SW Naito Parkway and is a small circle 2 ft across, with a total area of 452 sq in.

Crater Lake is the deepest lake in the U.S. with a depth of 1,949 ft. Native Americans witnessed its formation 7,700 years ago when a violent eruption triggered the collapse of a tall peak. The elevation of the peaks surrounding the lake is so high that visitors can spot snow and cross country ski even in the dead of summer. The crystal-blue waters of Crater Lake are known worldwide.

When someone thinks of leprechauns, they usually think of Ireland and not Portland, Oregon. However, Portland happens to be home to a tiny leprechaun colony at Mill Ends Park. So, how did this leprechaun sanctuary get started? Well, in 1946 Dick Fagan began working as a journalist for the Oregon Journal and his second-floor office overlooked the median of a busy street. He noticed a hole in the ground that was meant for a light pole. He became fascinated with this hole as weeds began to grow and a light pole never appeared. Fagan decided he wanted something pretty there and planted some flowers. He then began to publish stories in his column about the little park, the subject would often be about the leprechauns who lived there. The leader of this little leprechaun community was named Patrick O’Toole and he once threatened the mayor of Portland with a curse if his proposed 11p.m curfew on all city parks was passed. Mill Ends Park was dedicated in 1948 and in 1976 it became an official city park. The only leprechaun colony west of Ireland also happens to be the world’s smallest park. Mill Ends Park measures just two square feet. Over the years, the park has become a must-see attraction with some residents adding tiny little features for the leprechauns.

With over 80 ghost towns listed on the national register, Oregon holds the nation’s top spot as the ghost town capital. One of the funniest ghost towns you may not know about is Idiotville. Idiotville is a ghost town and former community located in Tillamook County in Oregon. near the mouth of Idiot Creek on the Wilson River, on the route of Oregon Route 6. Idiotville’s elevation is 1200 feet. It is in the Tillamook State Forest, along the Tillamook-Washington county line, approximately 50 miles west-northwest of Portland. Nothing remains at the site.

Oregon is home to the largest living organism in the world. The Blue Mountains of Malheur National Forest are home to this huge armillaria ostoyae, otherwise known as a mushroom. It is commonly known as the Honey Mushroom or occasionally the Shoestring Fungus. This particular one is often called the “Humongous Fungus”, and the total mass is estimated to weigh somewhere between 7,500 and 35,000 tons. As of 2015, it encompassed 3.5 square miles of the Blue Mountains. While the fungus just looks like some slime on trees, it actually sends out many black tendrils underground with the mushroom caps only appearing in the fall. It is also possibly the world’s oldest living organism as well, and is somewhere between 2,400 and 8,650 years old. There are also many other mushrooms in Oregon and mushroom hunting is very popular there. There is even an annual mushroom festival in Estacada, the Estacada Festival of the Fungus.