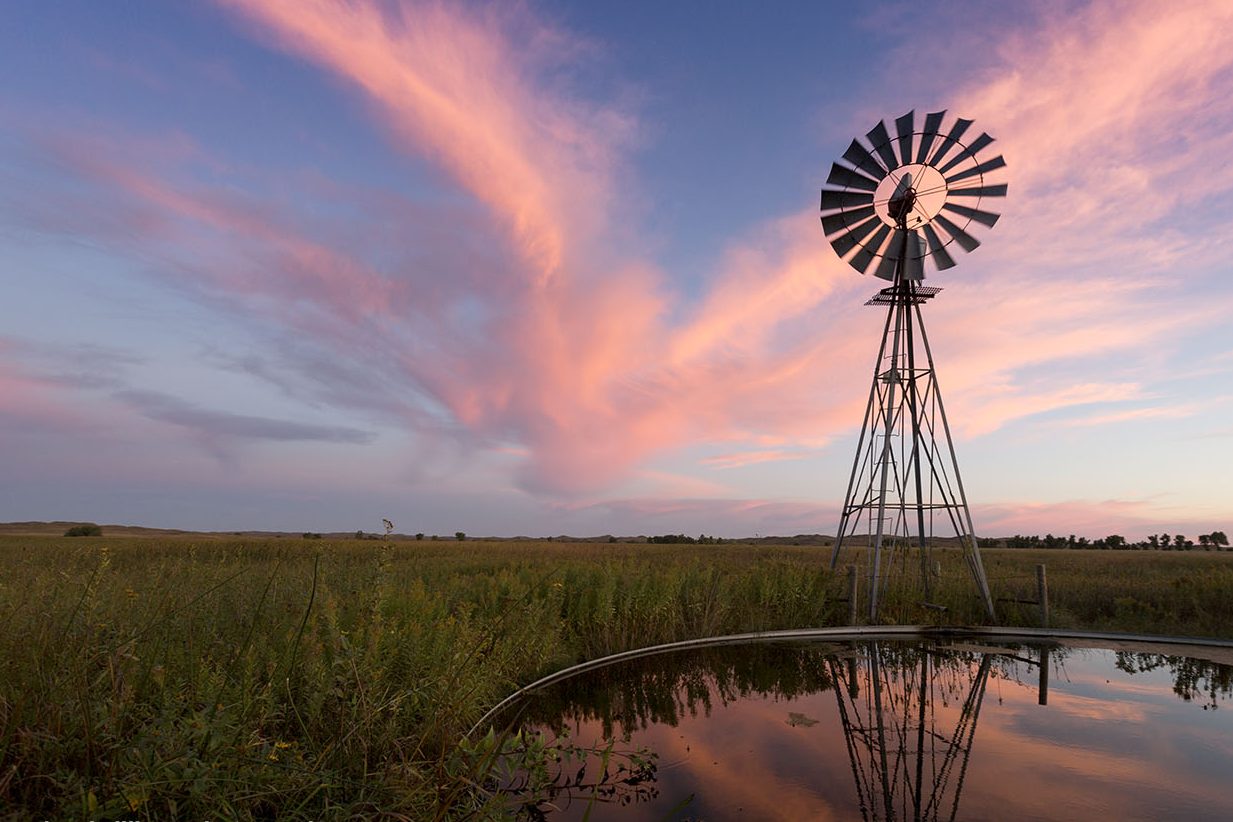 The landlocked state of Nebraska may not be the first place you think of when you decide to go on vacation, but it is home to many interesting oddities that draw in people from around the country. With a 1.5 acre indoor rainforest (Henry Doorly Zoo), an automobile “Stonehenge” in Alliance, and the biggest mammoth fossil on display anywhere (it’s 14 feet tall!), there’s plenty of fun for the whole family in Nebraska.

While the great state of Nebraska doesn’t have an official state food, it has something that comes quite close, Runzas. Runza is a fast-food chain that’s famously known for ground beef and cabbage, which is an odd thing to get at a fast-food restaurant for most, but not for the natives of Nebraska! The combo is stuffed into a pastry shell and served hot. Runza’s 82 restaurants are almost exclusively in the Cornhusker State, with just one in Colorado, two in Iowa, and two in Kansas.

While you likely didn’t think of the Oregon Trail when you clicked on this article about Nebraska, this state is actually home to many still standing artifacts from the original trail travelers. At Scotts Bluff National Monument, you can see the original wagon roadbed that travelers took as the crossed the United States. Visitors can also catch a glimpse of Chimney Rock, a prominent rock formation near Bayard, Nebraska. While it is slowly fading away due to erosion, it’s still a prominent marker in from the original trail.

The Great Navy of the State of Nebraska

Nebraska is a very landlocked state, in fact it is the only triply landlocked state. That means one has to travel through at least 3 states to reach the nearest ocean, bay or gulf. Nebraska also happens to have a navy, of sorts that is. When Governor Charles W. Bryan went on vacation in 1930, his Lieutenant Governor T.W. Metcalfe was in charge. The Acting Governor wanted to do something to honor his family and friends so he created the Great Navy of the State of Nebraska and appointed people as Admirals. Since then, many people have been given an Admiralship, typically those who have somehow contributed to the greatness of Nebraska. Nebraska Admirals include Big Bird, Bill Murray and Queen Elizabeth II.

Stonehenge is a famous ancient stone circle in Great Britain that no one rightly knows how it got there. Have you ever wanted to see it but with cars? Well has Nebraska got a treat for you then. Artist Jim Reinders created Carhenge in 1987 to honor his late father. While lving in England he was able to study Stonehenge to be able to accurately reproduce it. It consists of 39 cars that are arranged in a circle 96 feet in diameter. The heelstone is a 1962 Cadillac. Other sculptures made from automobiles were added to the area and it is now called Car Art Reserve.

William “Buffalo Bill” Cody is probably one of the most well-known figures of the Old West. He gained some fame and notoriety as a Pony Express rider and as a soldier and even more when he started touring with stage shows. In 1878, he purchased 4,000 acres near North Platte, Nebraska and started a ranch he called Scout’s Ranch. It was there that he started his own stage show called Buffalo Bill’s Wild West that he would tour across America and even took it to Europe. He was known the world over by the end of the 19th Century, even Queen Victoria had attended a show. Today, 25 acres of his ranch and the house are now part of the Buffalo Bill State Historical Park. There is a museum and even reenactments.