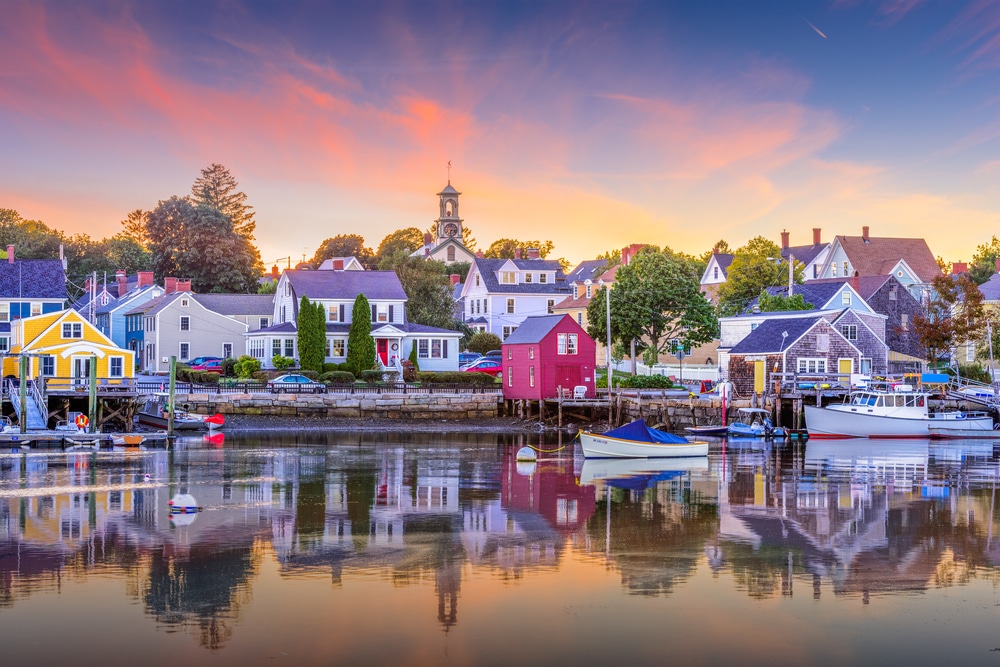 Known by four different nicknames: the Granite State, Mother of Rivers, White Mountain State, and the Switzerland of America, New Hampshire welcomes visitors from around the world year-round. The state of firsts, New Hampshire had the first citizen to become a U.S. Attorney General, the first American in Space, the first state to declare its independence from England, and was the world’s first alarm clock.

When the brewery first opened in 1970, it only brewed two brands. As the brewery advanced, it began to brew up to 20 different brands, including Bass and Redbridge. Over the past 50 years, this brewery has won more Global Budweiser cups and Brewmaster Cups than any of the other Budweiser Breweries. This brewery also focuses on sustainability and has reduced the water usage of the facility by 66% since the early 2000s. Beer lovers flock to this brewery to see the iconic Budweiser Clydesdales and tour the facility.

Funspot Family Entertainment Center is an arcade that features one of the largest collections of late-1970s to mid-1980s games in the world. It is located in the village of Weirs Beach in Laconia and is also home to the American Classic Arcade Museum which features over 250 pre-1987 video games and pinball machines. Guests can enjoy games like PacMan, Donkey Kong, Frogger, Space Invaders, and Centipede. It is here where adults can re-live a bit of their past, spending hours with their faces illuminated only by the glow of a screen, putting token after token into their favorite game from their childhood.

The Old Man of the Mountain

The most iconic symbol of New Hampshire is that of the Old Man of the Mountain. It’s on everything like their license plates, state quarter, highway signs, State Trooper cruisers and even inspired Nathaniel Hawthorne’s short story “The Great Stone Face”. For centuries, perhaps much longer, the Old Man of the Mountain stood watch over New Hampshire’s White Mountains. It consisted of five granite cliff ledges that jutted out from Cannon Mountain. When viewed from the North, the rock formation looked like a profile of an old man. However, after years of thawing and refreezing the rock formation collapsed in 2003. The heartbroken residents of New Hampshire left flowers at the base of the mountain. In 2011, a memorial to the Old Man of the Mountains opened at Profile Plaza. It consists of seven rods with a different part of the Old Man’s profile on them and when you align them just right, it sort of returns the Old Man to the mountain. There have been attempts to return the pieces of granite to the mountain but none have been successful so far.

The famed children’s author was born in New Hampshire, that is the pen name was. Theodor Geisel attended New Hampshire’s famed Ivy League school Dartmouth and graduated in 1925. One night he was caught drinking on campus and was banned from writing for The Dartmouth Jack-O-Lantern, the school’s humor magazine. He came up with the pen name of “Seuss” so he could keep writing for them. Later he added “Dr.” to it, saying that his father had always wished he’d become a doctor.

In the woods of Salem, New Hampshire there is a place known as Mystery Hill or more commonly today, America’s Stonehenge. It has underground chambers, small stone walls, strange rock arrangements and a granite outcropping with stone structures and some grooves. The origins of the site have been debated. Some believe that it is the site of some ancient civilization, the remains of a long-lost Irish monastery, Native American, or the work of 18th and 19th century farmers. The site was mostly ignored until 1937, when William Goodwin purchased it and opened it to the public. He pushed the theory that it was somehow connected to Vikings. A few decades later it would change hands again and began to attract notice of the scientific community. Many people studied it and all came to their own conclusions. Some believed it had elements added to it, to make it more mysterious. The most likely answer is that it was used by the ancient people and Native Americans of the area then the early colonial settlers used it as well. No matter where it came from, it is an interesting site to see.